The workplace expert reveals that some of your worst traits might actually make you more creative.

Procrastination. Doubt. Fear. People tend to view these as negative traits. But what if you could use them to your benefit at work?

Innovation requires turning your preconceived notions on their heads, according to the research of organizational psychologist Adam Grant. He has found that quality doesn’t always trump quantity. Being a follower has advantages. And you don’t always need to be positive: Focusing on the downsides of an idea has big benefits.

In this Q&A with Grant, the keynote speaker at the Worklife Live! event in Boston, he shares unexpected ways to be more creative and innovative.

Are there benefits to procrastination?

About 20% of people are chronic procrastinators. I don’t want to assume that anyone should deliberately procrastinate more than they already do. But evidence shows that people who procrastinate from time to time are more creative than people who rarely do.

Some of us, like me, are “precrastinators,” where we feel tremendous anxiety to finish a project the day we start it and so sometimes rush ahead with the first solution instead of waiting for the best solution.

Putting off finishing something can open you up to discovering some ideas you wouldn’t have considered otherwise.

What part does doubt play in innovation?

The key is to distinguish between self-doubt and idea doubt. It’s obviously debilitating to doubt yourself. But there’s actually value in doubting your ideas. I found that people who constantly question whether their idea is brilliant are more likely to consider new ones, and that means they have a better shot at stumbling onto something that might deserve to be tried out. It can be really motivating to say, “I’m not sure if I figured out this solution yet. Maybe I need to go back to the drawing board and try some other approaches.”

Can fear be a good thing when you want to be more creative?

Most people think of the fight-or-flight response: You either freeze or you try to attack the thing you’re afraid of. But I found in my research that there’s a third response to fear: creativity.

The kind of fear that leads people to be creative is usually the fear that they didn’t try. It’s pretty common for most of us to say, “I don’t want to be the person who wondered what would have happened if I gave a new idea a shot,” whether that’s starting a company as an entrepreneur or speaking up with a bold suggestion to your boss. Being afraid of failing to try is what often propels us to innovate.

What can the average person do to be more innovative at work?

All of us are capable of being original. Originality is not just dreaming up new ideas but actually taking initiative to pursue them and make them a reality. We all have ideas for how to make the world around us better. It might be fixing the broken culture in your organization. It might be convincing people to stop holding boring meetings.

The biggest barrier to originality is that the majority of people don’t consider enough ideas. Most of us trying to solve a problem will consider one or two possibilities and then say, “OK, I’ve gone through my best work here.” The evidence suggests, though, that the more ideas you generate, the more creative you become. That’s often because the first ideas are the easy ones to think of and tend to be fairly obvious. It’s frequently only after you rule those out that you’re left with a truly unconventional idea.

Ask people to generate as many ideas as they can. They might come up with 15 to 20. Then they say, “I’m out of ideas now.” But give them a little nudge and ask, “Do you think you could come up with a few more?” On average, people double the number of ideas they generate, so they’re able to go up to 30 to 40. And that second set of ideas tends to be more original than the first.

What’s the best way to get buy-in at work for a crazy idea?

The first thing that’s going to happen is people are going to shoot your idea down and poke holes in it. So a big mistake is only highlighting all of the benefits, because then you have a skeptical audience that is going to think you’re a Pollyanna and way overconfident.

If your audience is already going to see the flaws in your idea, you might as well get credit for being the one who spotted them—and then also for having the courage to point them out.

What I would do is come in and say, “I’ve got this idea. Here’s why I’m excited about it, but I see a few big limitations and I wanted to walk through how we could address them.”

Not only do you then get the credit for seeing the limitations, but you also establish yourself as a trustworthy person.

Adam Grant studied what makes cultures of originality in the workplace thrive. He found the biggest defining factor is psychological safety: Team members can take a risk without fearing that they’re going to be penalized or punished. “It’s easy to draw the line between that and innovation,” Grant says.

In a culture of psychological safety, employees will try all kinds of ideas that are unproven, and some of those are going to turn out to be wildly creative. “But if you lack psychological safety, there’s a wealth of evidence that people tend to hide their mistakes, and then other people repeat them,” Grant warns. “If you create that sense of safety in a team, people are much more likely to disclose their errors. Then other people can learn from them and prevent them moving forward.”

How does repetition help with selling creative ideas?

When you’ve spent countless hours thinking about an idea, it makes perfect sense to you. That makes it very difficult to imagine what your idea sounds like to others when they hear it for the first time.

Evidence shows that it often takes 10 to 20 exposures to a new idea before other people truly appreciate it. The easiest shortcut is to build a bridge between your idea and something that’s worked somewhere else. Maybe that’s something similar in a different industry or country.

You’ve got to take your unfamiliar idea and make it more familiar. For example, the Warby Parker founders linked their idea with another thing that had already been tested. They said, “We want to do for glasses what Zappos did for shoes.”

Is it better to have a totally new idea or improve upon an existing one?

The failure rates, on average, are much higher for firstmovers than fast followers. If you wanted to start a video game company, you don’t want to be Magnavox, which created the concept of having a console and navigating that with your TV. You want to be Nintendo, which licensed Magnavox in one country and then learned about its technology to create much better games. We see that over and over again: Google swooping in over AltaVista and Yahoo, Facebook decimating Myspace and Friendster.

It’s a lot of work to create something brand new. It’s much easier to improve upon somebody else’s invention. You shouldn’t always wait for somebody else to start an idea before you pursue it, but if you have an idea and somebody else is already in that domain, the door isn’t closed to you yet.

What can an organization do to create a culture of innovation?

One of the biggest mistakes I see leaders make is thinking they have to have ingenious solutions. So they wander around, saying, “Don’t bring me problems—bring me solutions.” The issue with that is if people can only speak up when they have a solution, you’re never going to hear about the biggest problems, which are too complex for any one person to solve. I actually love to see leaders create cultures where you can raise a problem, even if you have no idea how to fix it.

One of my favorite examples of this is at Bridgewater, a hedge fund. They have a problem log where whenever you see something wrong in the company you can submit it and then have senior leaders review it regularly, trying to promote some action around it.

That’s the kind of process that starts a culture of originality because when people know what the problems are, it’s a lot easier to do something about them. 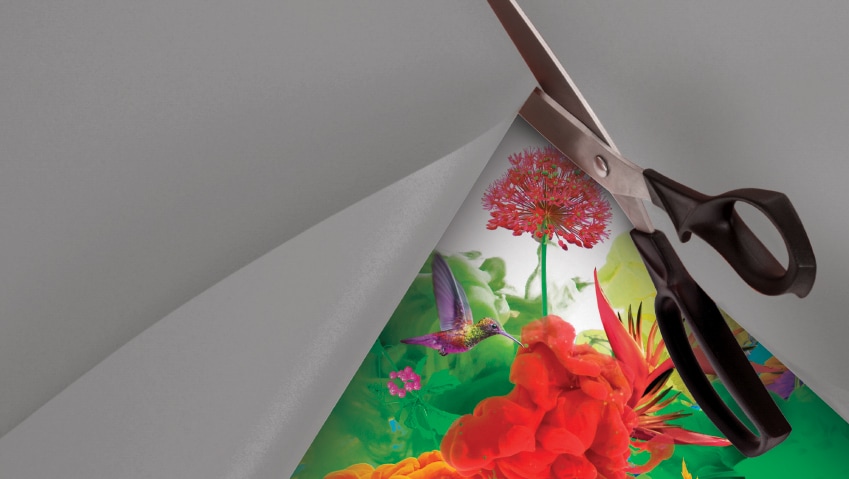 Photo by Vizerskaya + Hatman12/Getty Images
Drive Innovation With This Exercise

It’s an all-too-common complaint among executives: My teams aren’t innovating enough. To combat a lack of creativity, the head of a pharmaceutical company called in a consultant, who had an interesting exercise for the leadership team: Try to put your own company out of business.

“I have never seen a more energized group of executives in my life,” Adam Grant says. “There’s no problem that’s unsafe to voice.” After they came up with ideas for how to kill the company, the team realized some were real threats, while other ideas were opportunities. Spending time on these counterarguments led to insights about their company’s vulnerabilities. Don’t try to put a positive spin on this exercise, Grant warns. “If you asked them to save the company, imagine how many boring, risk-averse ideas you would get,” he says.

Get informed and get ahead with tips and tricks in our newsletter.

Get Worklife in real life